Seriously. What IS your way, when something just gets you. Not when you manage it on the spot, it goes smoothly, and the situation is resolved. Those other times. You know what I mean!

These are the moments that define how we’re doing with our emotional intelligence! This is when it really matters.

Life is giving me the opportunity to look at this right now!

It was an email that triggered something in me. I couldn’t sit still. I was hurt. Felt an injustice. It fueled an anger. I wanted to be heard but in that moment, and even though I’m more naturally a shy introvert (yes!), I could have, let’s just say, over-done it. And I knew that wouldn’t go well!

Fortunately, through this work, I finally learned (in most settings anyway!) how to change that pattern and not do that!

Except sometimes. And “sometimes” was happening.

My gut wanted to be The Bulldozer. My mind was ready to argue and fight it out for the injustice being done. My breathing changed; in fact, it became hard to breathe. My whole body was contracted. (This is a “somatic” experience!)

Any response at that time would have been dreadful!

And my heart was saying, “Don’t even respond! Say nothing! Don’t offend anyone!” That’s (fortunately now) my old pattern — to not speak up, not be heard and eventually fill with resentment!

Here’s what I did. 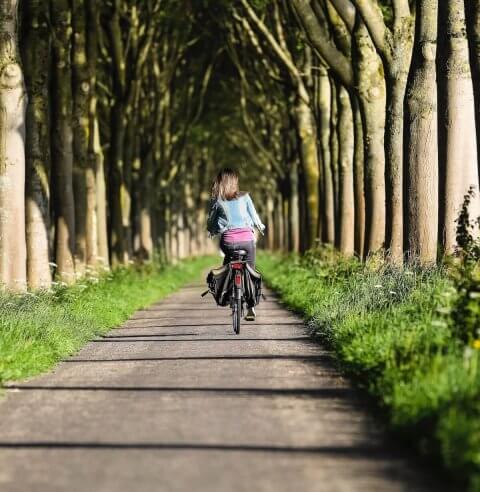 Then I gathered information.
I took a break.
Went on a bike ride.
Came home and got some unrelated work done.
Re-read the email. Thought about it, felt about it.

Something neutralized in having the distance.
I was more objective.
In calming myself, it was easier to expand my perception and really consider the other person’s point of view.

My breathing was no longer labored. It became easy.

Then I composed my response.

How does it go for you? I’d love to hear! (comment below)

It’s almost here! Join us at
The EQX Live: The Emotional Intelligence Experience,
on July 29 & 30 in Oakland, California,
and learn how to engage your body and your actions in a way that supports the
thoughts and feelings you want to have which will help create the reality you want.