I used to think, “They did it to me!” All along, I’d been doing it to myself.

Maybe you have your version of this.

I was recently delivering my keynote to the start of the International Enneagram Association (IEA) conference in Oakland, California. In contemplating my opening, and in particular, the specifics of my gratitude, I found a couple of surprises.

I wanted to start by thanking them for no longer seeing me as “just that movement person” — as if that had been true in the first place — and they were now also seeing me as a speaking person!

And then I laughed, because I saw that it seemed I had put that thought in my head! Whether it’s true or not, I don’t know!, and I DO know that I have the power to remove that thought!

As a “recovering shy person,” I spent my first couple of decades not speaking much, and then chose what is essentially a non-verbal career — modern dance.

And then something I hadn’t planned on!

As artistic director of my company, Moving Images Dance Co., I had always been compelled to come in front of the curtain at the beginning of the evening to greet the audience and tell them a bit about the concert. This is how it went —

I prepared my welcome. I wrote down every word, memorized it, practiced and practiced it.

Finally, I was backstage, waiting, and the “house went dark” (the audience lights went out!). I clutched my cliff notes in one hand, and walked onto the stage gripping the microphone in the other. With a spotlight on only me and looking into an audience darkened by no lights, I couldn’t see. I spoke into what looked like black air and ran through my words at a lightning speed, hoping not to forget anything and to get it over with as quickly as possible.

I was more nervous about those 3-5 minutes than anything I ever performed on stage. Only to learn, again and again, that I had spoken so quickly nobody understood a word I had said.

After 25 years of that and seven or so years in Toastmasters where I was always told, “Slow down!”, I have finally learned to slow down — though as many of you can attest — I get excited about ideas and my pace picks up. Even so, I’m more able to modulate my speed now. I feel my ideas “land,” sometimes my pace is “just right,” and I have come to love speaking. 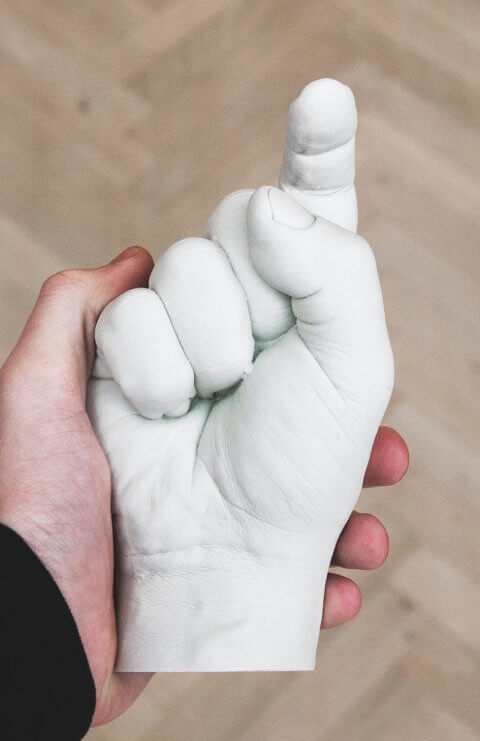 o there I was, collecting my thoughts about my gratitude to the IEA, at first I wanted to thank them for no longer seeing me only as “She Who Doesn’t Speak; She Who Moves,” and recognized that I had taken on that role in life. And had become used to being that — for years! Besides, there was plenty of accumulating evidence to prove it was true.

In partial evidence, after my “non-verbal dance career,” I created EnneaMotion which in a way doesn’t need words (though of course I have much to say about it!).

“What if,” I asked myself, “They didn’t lay that belief on me?

What if I did it to myself?”

And I saw it. I had lived much of my life believing it to be true. And holding myself back because of it.

Has that happened to you? A time when you took on a limiting belief, held it to be true, and held yourself back because of it?

After my keynote, in line for the restroom, I had a good laugh with a woman about my having been shy and now being so comfortable speaking. She said, “Now you’re ‘She Who Speaks’!”

Where have you held yourself back? And what have you done to shift it?! (comment below)

Take the EQ Quiz
and you’ll get your Emotional Mastery Blueprint and a link to sign up for a call with me.
It’s about more than just your type.
It’s about how all of your gifts and all of your challenges in all areas of the Enneagram impact you.
And what to do about the challenges so you can stop holding yourself back,
“be the you that you want to be,” and make the impact you’re here to make.