From Fear of Speaking to Keynoting

From Fear of Speaking to Keynoting

You’ve probably seen the statistic that more people are afraid of public speaking than they are of dying. Yes, I definitely used to be one of those statistics. And well, truth be told, this fear may always be there, though I have, thank goodness, learned how not to let it rule me.

It started long ago and far away! The day before kindergarten was to begin, I was with my mother on errands. She ran into a friend of hers who had a son, my age, who was starting kindergarten with me the next day. My childhood nickname was Andi (though I didn’t spell it that way yet!). This little boy’s name was Andy. I was horrified. I thought, “Surely, I was a mistake; I have a boy’s name, so I was probably supposed to be a boy!” I filled with shame and hid behind my mother’s skirt, and unable to speak. 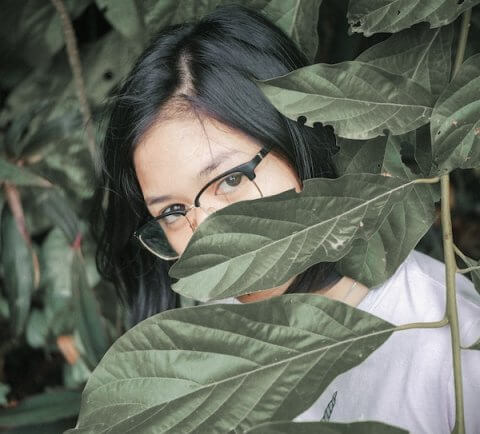 As a kid, when was sad or hurt, I’d go outside, walk or run as far away as I could, look for a tree and climb it. I’d find just the right branch for sitting on, leaning back on the strong, solid and comforting tree trunk. I’m pull out the book in my back pocket, and sit there reading, as long as possible, safe in the knowing that no one would ever find me. It was comforting and I felt at home.

I never knew how to deal with my emotions, and certainly not when my feelings were hurt. And as a young Enneagram type Four, that was often!

Decades later, I was artistic director of my own dance company, Moving Images Dance Co. (Don’t google it! — this was loooong before the internet!) It’s kinda funny yet no mistake that I chose a “non-verbal” career! Yet, for some strange reason, I was compelled to come out in front of the curtain at the beginning of the evening. I really wanted to welcome the audience and say a few words about what they were about to experience.

I was more nervous about those 3-5 minutes of speaking than anything I did on stage during the performance. I wrote out my little talk, practiced it over and over and over again until I had the whole thing memorized, terrified of forgetting. I’d be waiting in the wings, going over it yet again and again, clenching my notes in my hands until they were a waddled up mess, my heart pounding. Finally, I’d step out in front of the curtain. Being well-prepared was my only defense against the panic of forgetting. I would speak so quickly, as if to get it over with as soon as possible, that I guarantee you nobody could understand a word I said. The fear before and during gnawed at my stomach until I felt sick. I wondered why I insisted on doing this. Yet, year after year, I kept doing it.

Yes, I tried Toastmasters, which is a wonderful organization for getting feedback on your speaking. For years, without fail, every evaluator said, “S-L-O-W   D-O-W-N so we can understand you!” I guess I’m a slow learner.

Finally, I created EnneaMotion (in 1994), and this was the only thing that worked to move me through that fear. In particular, it was embodying the whole range of emotional health of type Eight. I couldn’t really “get” the healthy, grounded confidence until I went into the anger and even the rage of the type Eight shadow. It scared me to death! But then I learned I could control that emotion; it did not have to control me.

And then — yes, and then finally, confidence started to arise naturally within me. It changed my life. 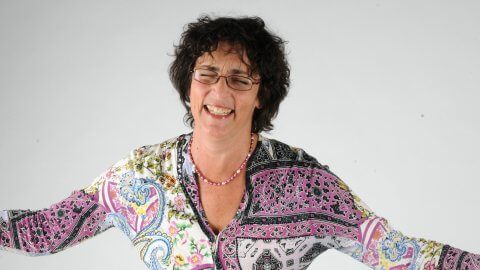 If there’s something you’ve been trying to change without success — growing your business, starting, changing or ending a relationship, building a team, etc., this method is for you!

Click here to learn about my upcoming event in Oakland where you’ll learn that change CAN be easy, if you know how! You’ll learn the tips and tricks so that can happen for you, too!

So now, instead of getting the feedback to “S-L-O-W D-O-W-N,” this is what people are saying about me as a speaker:

Andrea had a tremendous impact with some of the highest ratings and most positive comments of any speaker.
— Ken Sergi, VP of Professional Development

Andrea’s presentation is brilliant. It’s tremendous fun and great for building a sense of community. Together we laughed, cried, learned, loved and changed.
— Marilyn Sherbring, J.D.

Andrea will bring your inner nature to light in a deep, useful, enjoyable and humorous way. She brings creativity, energy and warm-heartedness to her work.
— David Daniels, M.D. Dept. of Psychiatry

And now, besides dozens of talks on stages, facilitating hundreds of workshops, events and trainings, I’ve been a keynote speaker on six continents, and will be the keynote speaker for the upcoming International Enneagram Conference in Oakland.

If I, a “Resistance Learner,” can do this, then you, too, can make whatever change you’ve been longing for but haven’t made yet.

Change CAN be easy! Join us at the EQX-Live Event: Emotional Mastery with the Embodied Enneagram and find out how!