The short story is that I’m moving from Boulder, Colorado to Eugene, Oregon at the end of this month. This did happen rather quickly….

My brother-in-law, who lives in Eugene, Oregon, was recovering from recent quadruple bypass and carotid artery surgery.  That, and other upcoming surgeries are a lot not only for him to go through, but of course for my sister, too. For a variety of reasons, it seemed right to move there to support her, well, both of them, in whatever way I could while they go through this.

I believe he had three near-death experiences before, during and after his surgery.

I’ve come to think something happens to you after a near death experience; something in you changes when that happens. I don’t usually talk or write about God, but I do think it’s like having a moment with your Maker, so to speak. And that can shift your perception of life, on things big and small, on a lot of things.

He had a perspective about this move of mine, prompted by his heart attack, that seemed to come from this “New Him.”  He said to me, “You’re building a new pyramid.”

At first I was inclined to ask what he meant, then I suddenly realized it made all the sense in the world. 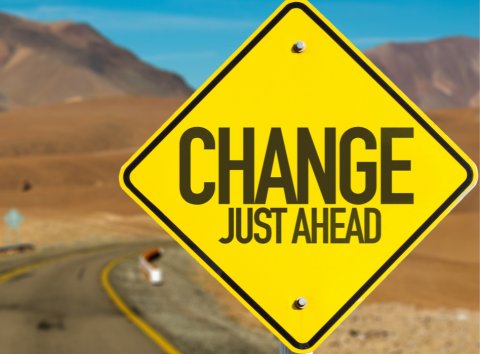 Building a new pyramid has to start with building a brand new foundation. It seems that’s what’s happening with this move.

It certainly means CHANGE. It means changing EVERYTHING.

It’s daunting, exciting and overwhelming to move from my house just outside Boulder, Colorado, to Eugene, Oregon.

I’m observing the part of me that wants to pick up everything, every piece of life I have here, bring it with me and reconstruct the same life there.

In some ways, that’d be the easiest thing to do… fewer decisions about what to keep, what to store, give away, sell, throw away, etc.

This “going through everything” is overwhelming and at times makes my head spin! WHAT? Gone in less than a MONTH?! So many decisions. Everything is a decision.

And then I have a chuckle; it’s a personal joke, of course.

Picking up and packing everything is NOT “building a new pyramid.” It’s trying to rebuild the same pyramid!

So how willing and able am I to “let go?”

So many questions arise way beyond things like, “Have I worn it in the last 3 years?” “Will I ever read that book”, or “… “listen to that CD,” or “How many years has it been since using that special double boiler?”, the one really good for the Persimmon Bread Pudding even though I don’t eat bread anymore?

It’s as if I’ve allowed my books and music to define me. If you don’t really know me yet, and you come to my house, well, I can show you my bookshelves or music collection and you’ll know who I am!

We all know how silly that is, right?

The next joke on me is that I teach, coach and speak about change being easy, right? And here I am in the middle of a big change. Changing everything, it seems.

Sometimes it feels dauntingly difficult. And then I take a big breath in, remember I have help and support, feel the rightness of this, and recognize I really am living a blessed life.

What’s been YOUR experience of your “stuff” defining you?

I’d love to talk with you about building your new pyramid!
Click here to schedule some time with me or comment below.