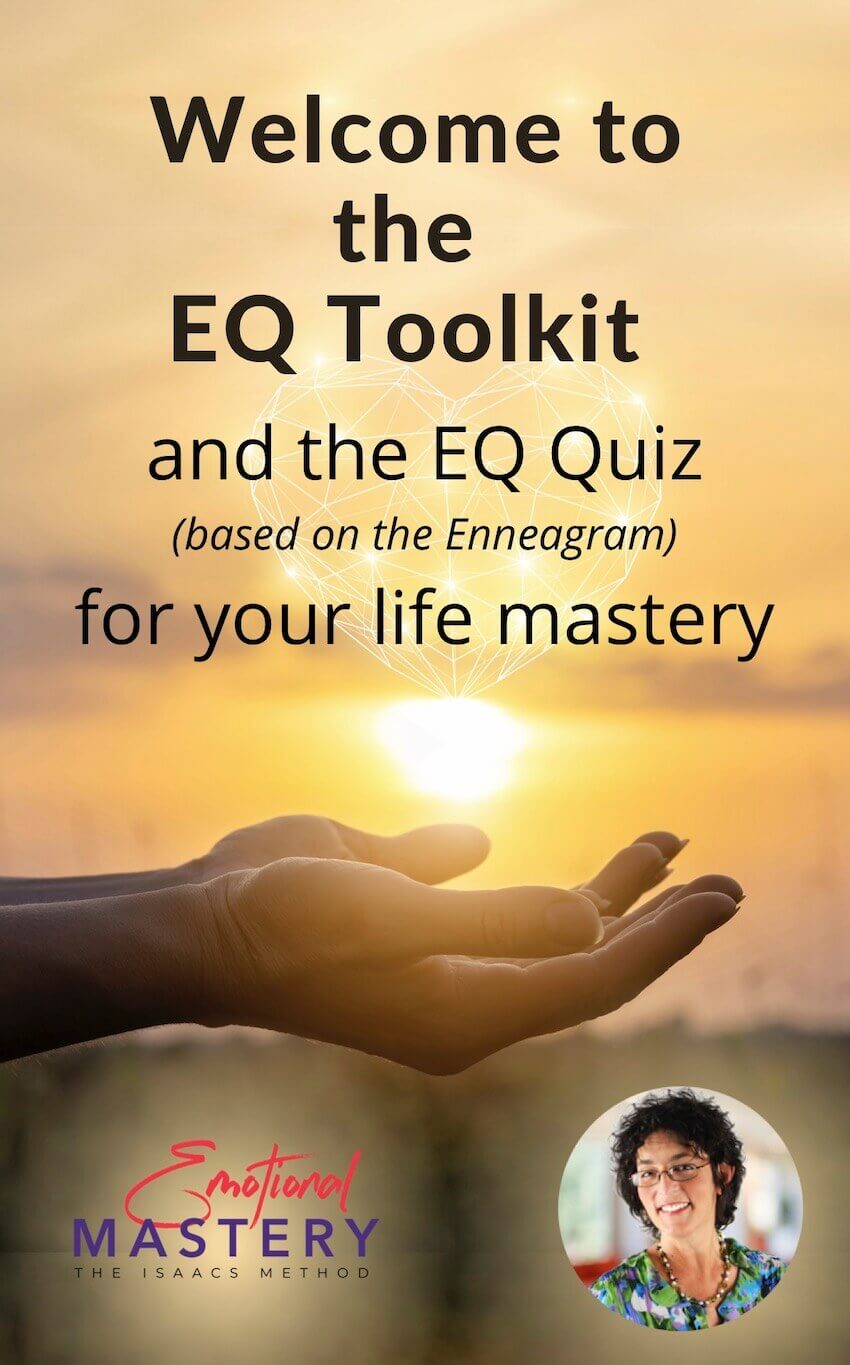 Including the EQ Quiz

Start with the EQ Quiz –  Based on the Enneagram, you’ll answer insightful questions in 18 different areas. You’ll be asked to reflect on your strengths, gifts and passions, and the roadblocks that have kept you from having the relationships, business, money and the life you want.

Your Emotional Mastery Blueprint – Your Blueprint is a pie chart of the results of your EQ Quiz. It’s like an MRI of your personality and is your Personality Code. This becomes a guide on your journey towards your emotional, relational and life mastery.

Your Emotional Mastery Interpretation Guide – This guide is your first key to unlocking your Personality Code. You will experience aha’s and insights as the 18 dimensions of your Code are revealed. The deeper you delve into the Emotional Mastery process, the more personalized it becomes.

The Emotional Mastery Video – A sneak peak at one of the most common combinations that can hold you back from what you want to BE, DO or HAVE in your life. You’ll really “get it” that ALL of your scores matter!

The Whammies Webinar –  A whammy is a challenge that continually sidetracks and derails you. Find out if you have any in the “Whammies Webinar.” Avoiding just ONE whammy could change everything!

NOTE: You will receive each tool via email.

Enter your best email address and take the quiz.
Your Toolkit will be on its way to your inbox soon!

Take the quiz and learn how the Enneagram can be a doorway to your emotional mastery.

Emotional Intelligence is being able to respond to challenging people and situations in a way that honors and reflects your best and highest self, no matter what, honors the best and highest of all involved, with the best possible outcome in mind.

Your Blueprint will reveal your unique areas of greatness and your “whammies,” your biggest self-sabotaging patterns that have been holding you back.

This is a pathway to your emotional mastery bringing you more inner peace, better relationships and more fulfillment, making the impact you’re here to make, with happiness along the way.

"Andrea's approach to emotional intelligence is truly amazing, wonderfully simple, and really works -- boy does it ever! In her coaching, I found what I didn't know I was looking for, or where to look.

I remember having lived a pretty joyful life, all in all above average at least, but I don't remember this kind of happiness that I've had since working with her. I feel authentic and centered when I'm this happy. That's new!" 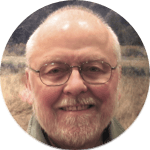 Andrea is clearly an expert in the field of Emotional Intelligence, and generously shares her experience and expertise. She maintains a great balance between the practical and the possible, the head, the heart, the body and the mind. She establishes safety, then gently pushes people beyond their comfort zone so they have breakthrough experiences. She's a great listener -- her responses to comments and questions are thoughtful and sensitive, and right on target. Always supportive, she models the nonjudgmental behavior she teaches. I was supposed to be an observer, but I got drawn right in to the exercises because they were so interesting and so much fun!
Bonnie EdelsteinTrainer, People Management Consulting 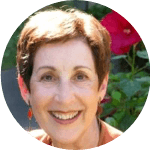 Take the quiz and claim your
Emotional Mastery Toolkit

The Tools That Will Change Your Life!

This Toolkit will help you embody a greater range of emotion — essentially increasing your emotional intelligence.

Your Emotional Mastery Interpretation Guide is a basic understanding of your Blueprint. You’ll understand the meaning of each of your quiz scores. As you review the 18 dimensions of your Code, you start to see the nuts and bolts behind what makes you — YOU.

The Emotional Mastery Video – A sneak peak at one of the most common combinations that can hold you back from what you want to BE, DO or HAVE in your life. You’ll really “get it” that ALL of your scores matter!

The Whammies Webinar illustrates how every dimension of your Emotional Mastery Blueprint either empowers or disempowers you. You’ll learn strategies to improve relationships, increase confidence, lead with compassion, motivate yourself and others, and more.

Imagine thinking, feeling, and responding to life and others in a way that reflects your best and highest self, for the best possible outcome. Imagine experiencing EASE even amidst turmoil and conflict. 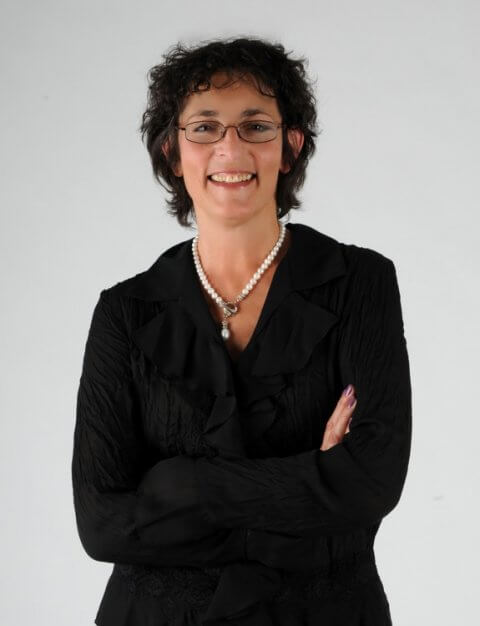 Andrea has been working with coaches, therapists, entrepreneurs and their teams, empowering the lives of thousands of people in 25 countries since 1994. Her unique body wisdom system increases emotional intelligence (EQ) and helps leaders maintain their happiness, thriving relationships and peace of mind even in the midst of chaos. She guides them to inspire their teams, motivating them all to greater productivity and fulfillment.

Initially based on the Enneagram personality system, her holistic approach uses neuroscience training techniques to help leaders maximize their potential in their relationships, happiness and their greatest success.

She is also the creator of the EQ Quiz which indicates your greatest gifts, strengths and challenges in all areas of human potential. She guides you in what to do about those challenges so your goals and dreams can come true with an ease you never thought possible.

In 1994, she became a founding faculty member for the Enneagram Institute, teaching with both Don Riso (until his passing in 2012) and Russ Hudson until 2019. Andrea is certified in both the Riso-Hudson and Palmer-Daniels traditions, was co-founding editor-publisher of the Enneagram Monthly and was on the International Enneagram Association Board of Directors for six years.

Having  lived throughout the US, most recently in the foothills of the Colorado Rocky Mountains, she recently settled in Eugene, Oregon. She bikes almost daily, does yoga and has been a meditator since 1970. She  loves to make jewelry, cook, and have great conversations with good friends.